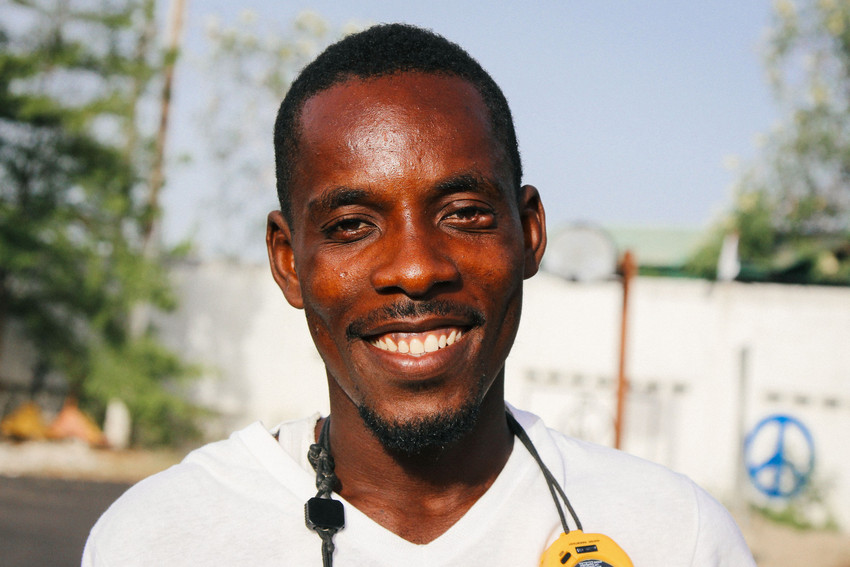 Extra information: Fils-Aimé fell in love with the sport when he was twelve and eventually played at SAKALA when the program was established in 2006.

The SAKALA center, which has existed since 2006, is a safe space with Haiti’s largest urban gardens, a computer lab, art classes, and space for a diverse sports program. Over 150 boys and girls, ages 9 to 24, participate in SAKALA’s soccer program annually. Teams include a mix of players from all sections of Cité Soleil to help break down harmful stereotypes about rival neighborhoods while teaching conflict resolution and peacemaking principles. When players circle up during practice and before every match, the coaches remind them to treat their teammates and opponents well and remember that peace is the ultimate goal.

People from Cité Soleil’s 34 neighborhoods are stigmatized by assumptions of banditry and violence perpetuated by rival gangs.

“When teams from outside Cité Soleil encounter us, they assume we’ll play dirty because of where we come from,” says Coach Karls Jodler Fils-Aimé, “but they are shocked to find we’re the most respectful players. Whether we win or lose, our players play fairly.”

“Though we’ve yet to win a championship, we’ve been awarded the fair play cup [an award for best sportsmanship],” he says. For youth from Cité Soleil, this is an achievement worth celebrating.