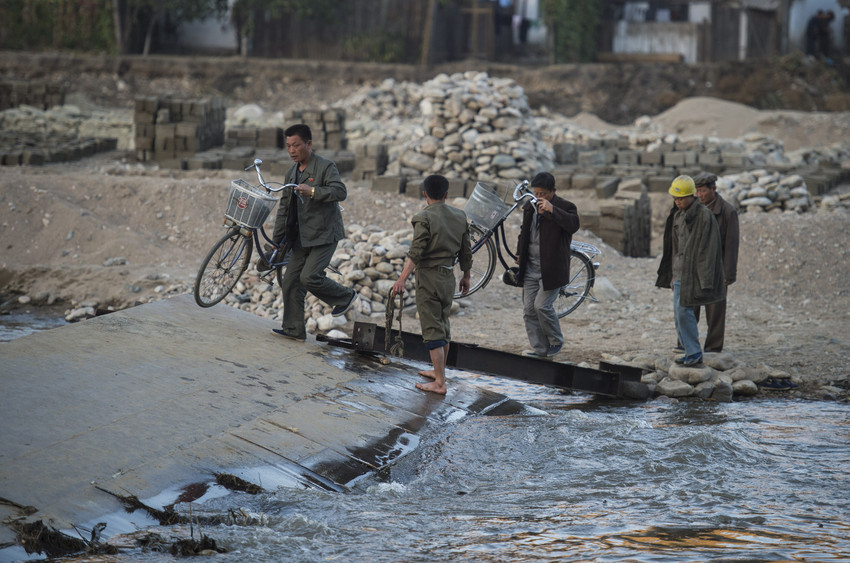 Media caption: In Musan County, but also in five other counties in Democratic People’s Republic of Korea, bridges, roads and rail lines were washed away or damaged by flooding from Typhoon Lionrock. (MCC Photo/John Lehmann)

Other information: In Musan county, Democratic People's Republic of Korea (DPRK), also known as North Korea, but also in five other counties, bridges, roads and rail lines were washed away or damaged by a severe flood.