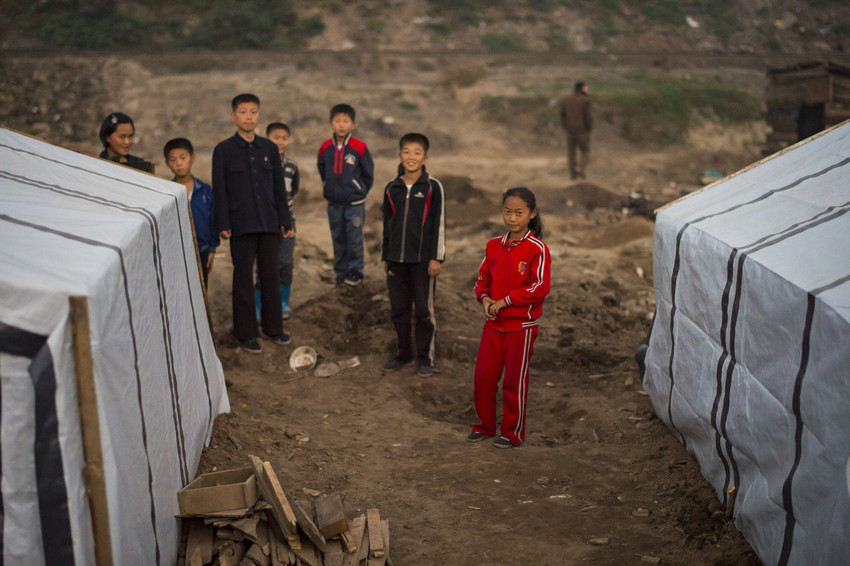 Media caption:  Children stand where their homes once stood in Musan County, Democratic People’s Republic of Korea. Their homes were destroyed by flooding from Typhoon Lionrock. Thousands of people are living in temporary shelters working to rebuild their homes before winter. (MCC Photo/John Lehmann)

More information: Children stand where their homes once stood in Musan County, Democratic People's Republic of Korea (DPRK), also known as North Korea. Thousands of people are living in temporary shelters working to rebuild their homes before winter following severe flooding in the northeast part of the country.