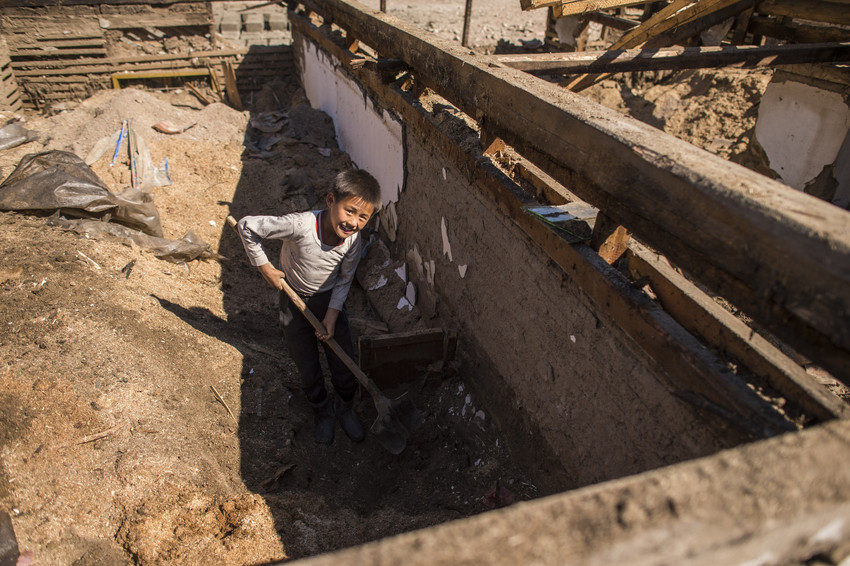 Media caption: Kum-Hyok Kim, 11, helps his grandmother, Bong-Suk Shin, 65, whom he lives with, look through the rubble of their home for anything they can salvage. Their home was destroyed in flooding due to Typhoon Lionrock. (MCC Photo/John Lehmann)

Extra information: Kum-Hyok Kim, 11, helps his elderly grandmother, whom he lives with, look through the rubble of their home for anything they can salvage. It was destroyed in flooding due to Typhoon Lionrock. Kim and his grandmother live in Yonsa County, Democratic People's Republic of Korea (DPRK), also known as North Korea.