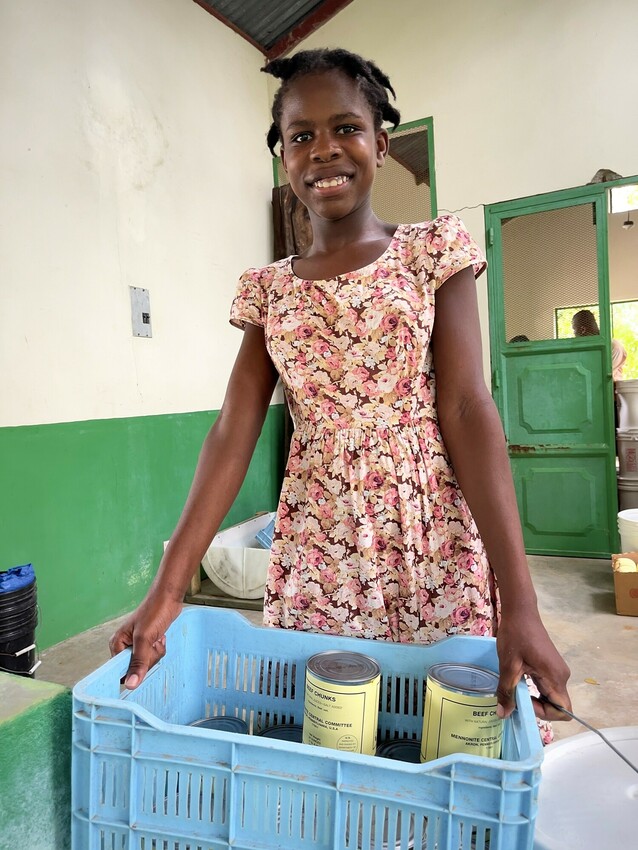 Angie Mosie Bernard, a participant in the humanitarian aid distribution with AVOREDES on August 31, is from the 3rd section of Saint-Jean-du-Sud, Haiti. Her family home was badly damaged in the earthquake.