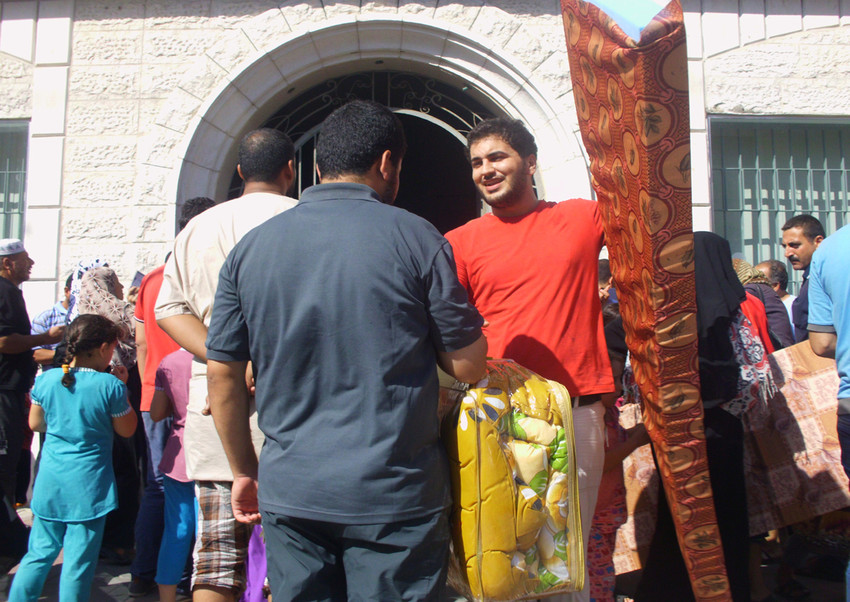 A Gazan man who just received two mattresses from MCC partner Al-Najd Development Forum talks with others who gathered at Al-Najd's office for supplies provided by MCC in late July 2014. The people, who are not named for their protection, were displaced from their homes as a result of the Israel-Hamas conflict. (Photo courtesy of Al-Najd Development Forum)